Spot 2.1 release features a new system for acquiring, storing, and retrieving sensor data. These features are available in teleop mode, where users are controlling the robot from a client, such as the tablet, and in Autowalk mode, where the tablet is controlling the robot by replaying a recorded mission. This data acquisition functionality comprises of several new services and their associated clients.

To simplify the data acquisition process, the tablet contains functionality to combine the capture capabilities described above into actions with unique names. So, actions are combinations of capture capabilities, configured with a specific timeout to wait for the capture completion. These capture actions can then be triggered programmatically through the SDK or by the tablet during teleop of the robot or mission recording using the Red Plus button on the tablet, shown in the screenshot below. 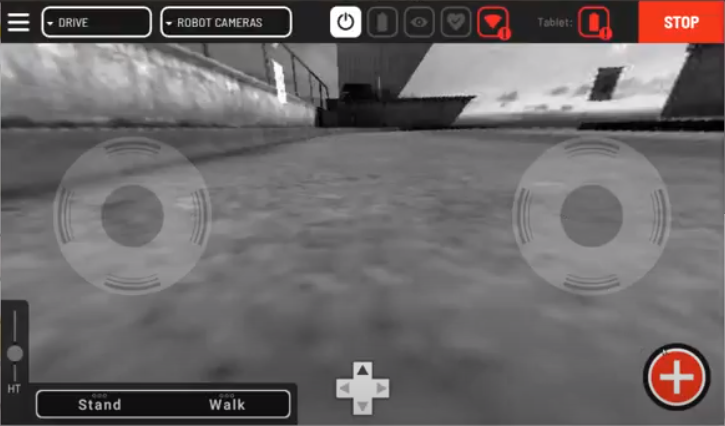 The outcome of an acquisition request is Image services and Data Acquisition Plugin services collecting the requested data and storing it in the robot for downloading at a later time.

Each type of data is stored in different channels in the system. In the case of Data Acquisition Plugin services, the plugin determines what the channel name is when storing the data in the system. In the case of Image services, the channel used to store an image is specified as {image service name}_{camera source name}. The system uses the channel name together with the action and group name to organize the data as shown in the diagram below.

Users can download acquired data using the tablet or any other client through a REST endpoint on the robot. The REST endpoint takes a start and end time for the data to download, as well as a set of channel names, in case the user is interested in downloading only a specific set of data types. The data is downloaded as a zip file with separate folders for each group. Each group folder contains all metadata combined in a file called metadata.json and a set of files for images and non-image data.