Part 4: Deploying to the Spot CORE¶

In this part of the tutorial, you will:

The instructions included use the Spot CORE payload, but docker images can be deployed to many different kinds of payload computers.

Packaging the services for deployment¶

The previous sections described how to test the image service or the data acquisition plugin on your laptop. The next step is to package the services for deployment. The suggested approach is to package everything as Docker containers and run them on a SpotCORE payload attached to the robot.

A variety of Spot SDK examples include a Dockerfile file with instructions to package the example as a docker image. An example Dockerfile for the web_cam_image_service example is shown below.

The file contains instructions to start from the python:3.7-slim image with an additional command to install a few necessary system packages.

Finally, it copies the rest of the files into the image and sets web_cam_image_service.py as the entrypoint when starting docker containers from this image. We also provide some default arguments designed for running on the Spot CORE. These can be overridden for local testing, but make deployment to a payload computer.

To build the docker image, run the commands:

This will build the image and create a file to upload to the robot. The above commands assume that your user is in the docker group. If not, you may need to run them with sudo.

An example docker_requirements.txt for the web cam image service and a point cloud data acquisition plugin can be found in the examples directory. The main difference is the OpenCV dependency in image services.

Now that we have a docker image, the next step is to test the docker image locally on your laptop. The Spot SDK documentation contains instructions how to do that here.

Specifically, to test the image service and the data acquisition plugin docker images, you would run the following, if connected to the robot’s wifi:

You will need to ensure that $WEBCAM_PORT and $BATTERY_PORT are accessible on your computer and not blocked by any firewall or networking rules.

Once you have tested and verified that the docker containers work correctly on your laptop, it is time to install them on the computation payloads on the robot, such as SpotCORE. The Spot SDK documentation contains instructions how to do that here.

After importing the web_cam_image_service.tar docker image file in Portainer as described in the section above, we will configure a docker container.

In the main configuration page, enter the name of the container and the image to use.

In the Volumes tab, set up a read-only bind mount from /opt/payload_credentials on the host to /creds in the container: 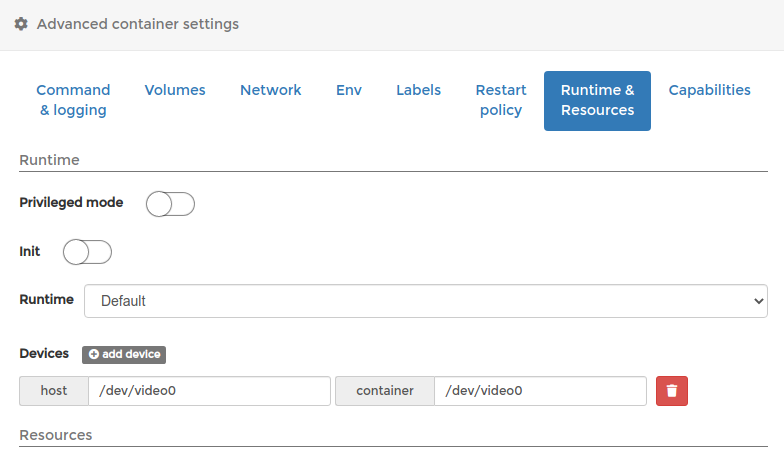 At the end, click the “Deploy the container” button.

After importing the battery_service.tar docker image file in Portainer, we will configure a docker container.

Same as with the image service container, in the main configuration page enter the name of the container and the image to use.

In the Volumes tab, set up a read-only bind mount from /opt/payload_credentials on the host to /creds in the container:

At the end, click the “Deploy the container” button.

After deploying the two containers, the “Containers” Portainer page will show them both as “running”:

Click on the logs icon to verify that they are running correctly or to debug any errors that occur. Common problems at this stage are often typos in the volume configuration or command arguments. 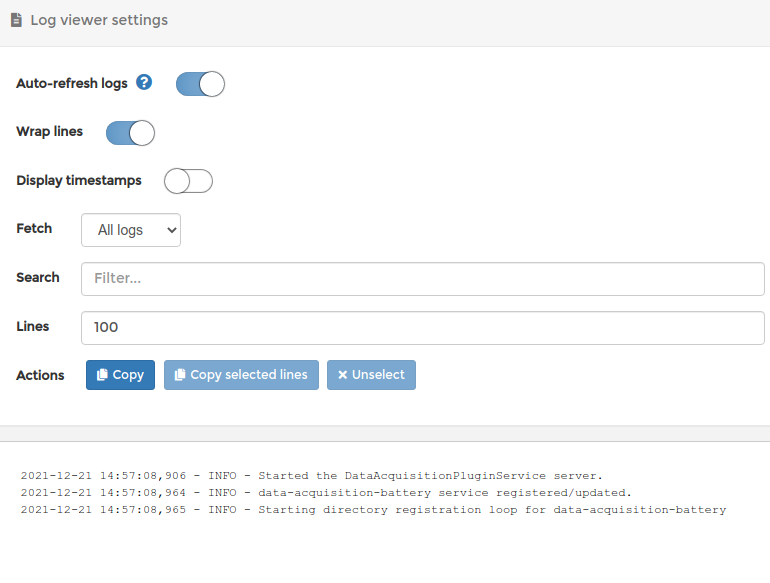 Now that the containers are deployed to the robot, use the tester programs again to verify that they are operating and responding correctly.