Spot can be configured to carry up to two payloads. The following describes considerations for designing payloads. If designing a payload to be used in conjunction with other payloads, you must keep the total weight of all payloads under 14 kg. A urdf model of the robot and its geometry can be found here. 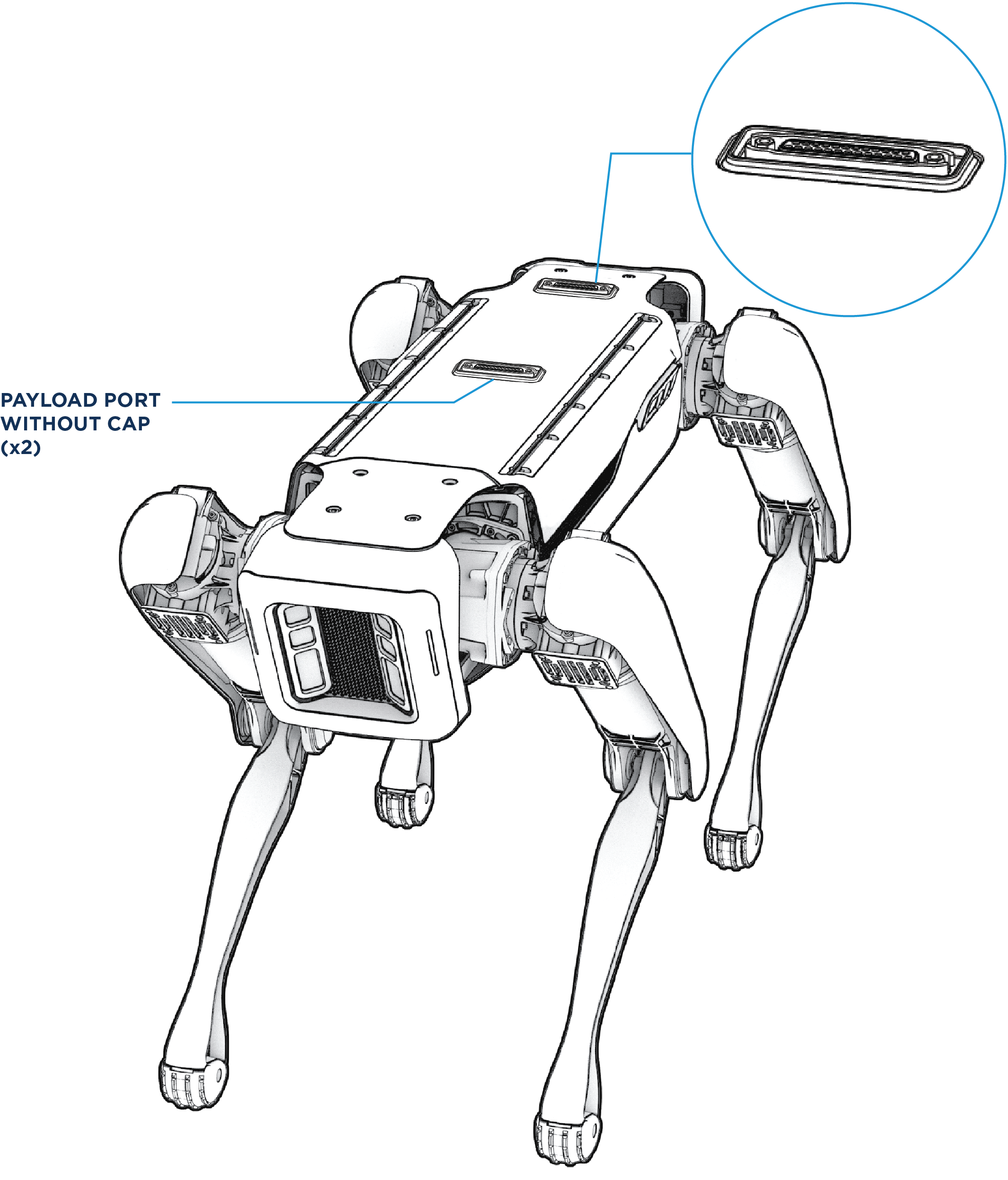 NOTE: Robot will not work without a cap or payload attached to each port.

Designers should include a scallop or elevate the payload enough to create clearance around this section, shown in pink. A 3D STEP model of Spot’s back including payload mounting area detail is available upon request. We recommend that payload developers request and study this model. 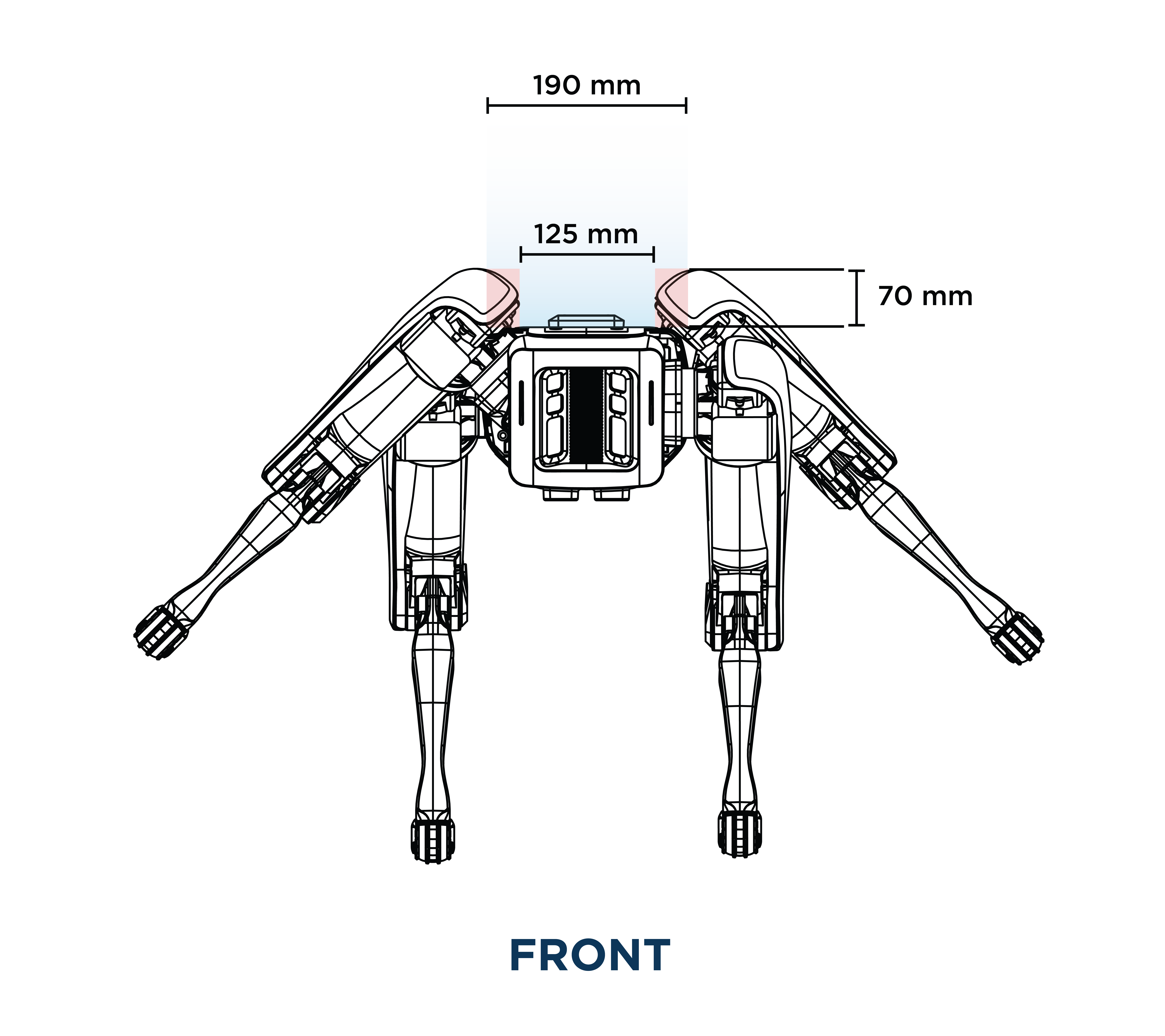 Do not overhang the front or rear of the robot as this will reduce maneuverability. In special cases the software can be modified to support larger extents, but we recommend staying inside the given design space. 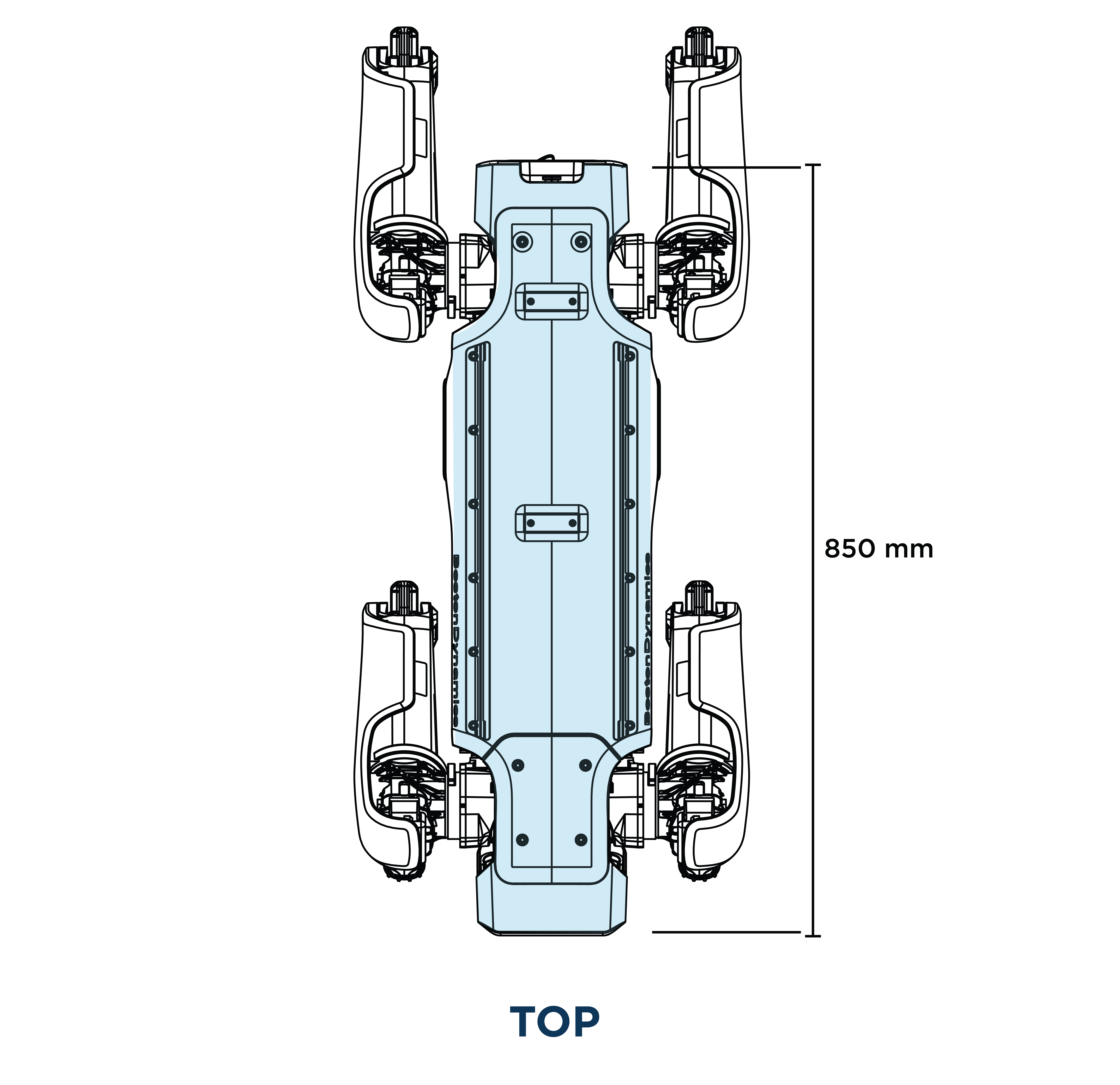 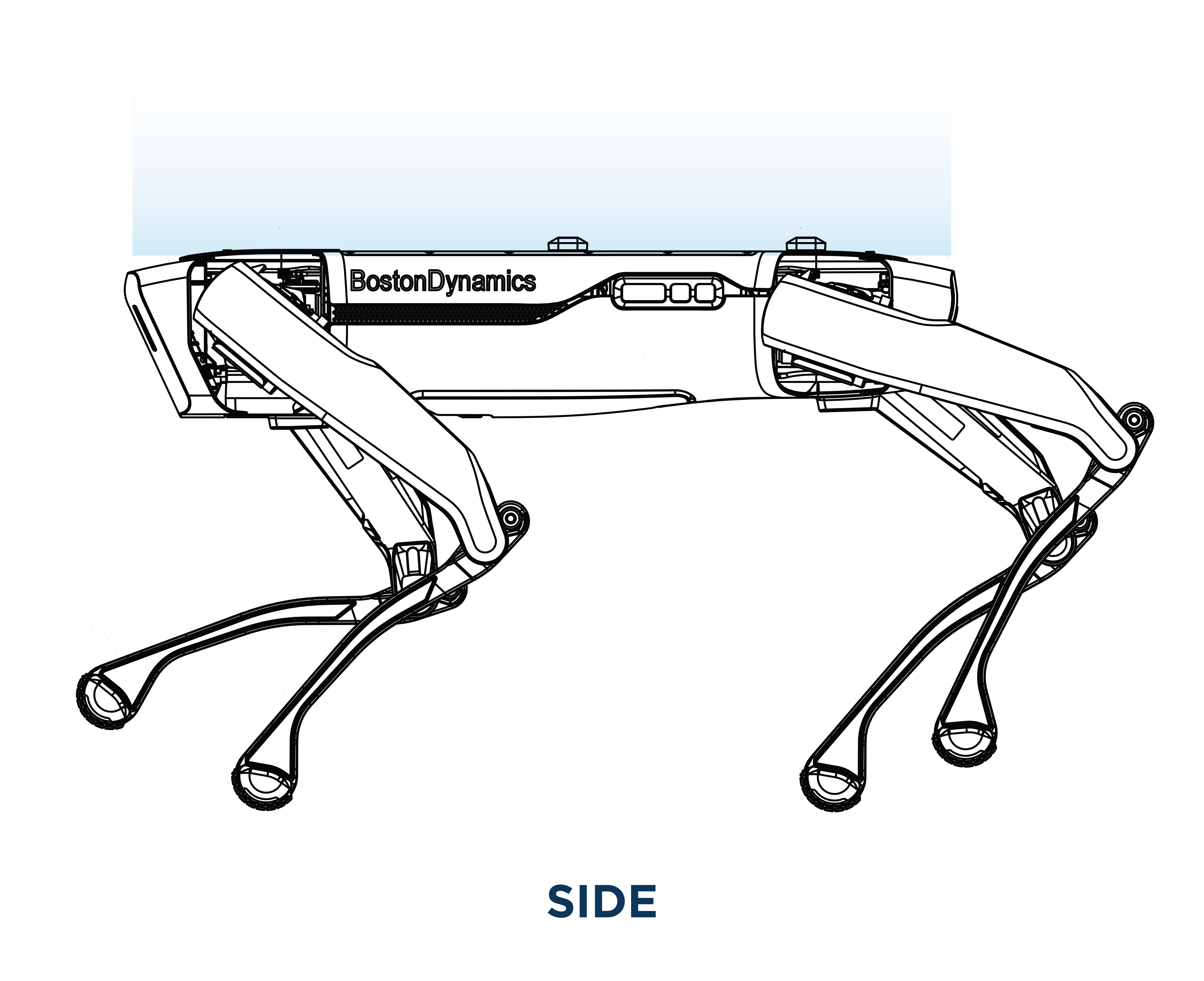 Spot’s legs have a very wide range of motion as shown below. When the robot climbs stairs, transitions from sit to stand, and self-rights, the knees may rise above the top plane of the robot where payloads may be mounted. Even with following these guidelines, robot legs might come in contact with a payload. This is considered normal, and payloads should be designed robustly to withstand occasional contact with legs. 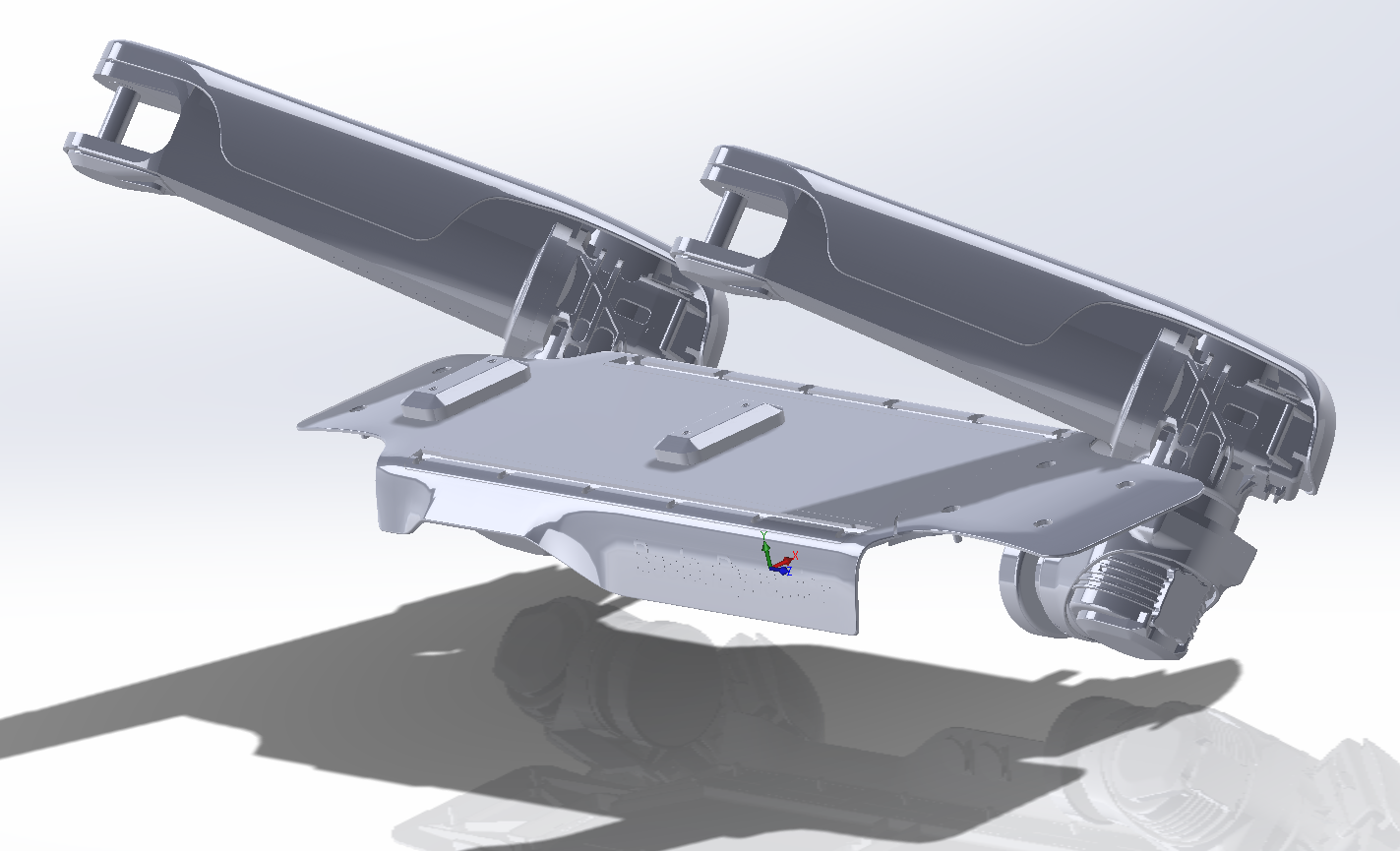 The robot’s legs can extend above and over the robot’s back.

Note: A 3D Step model of the robot’s body including typical leg swing areas is available upon request. Send mail to support@bostondynamics.com.

Note: The Spot arm is currently in development. Availability is planned for the second half of 2020.